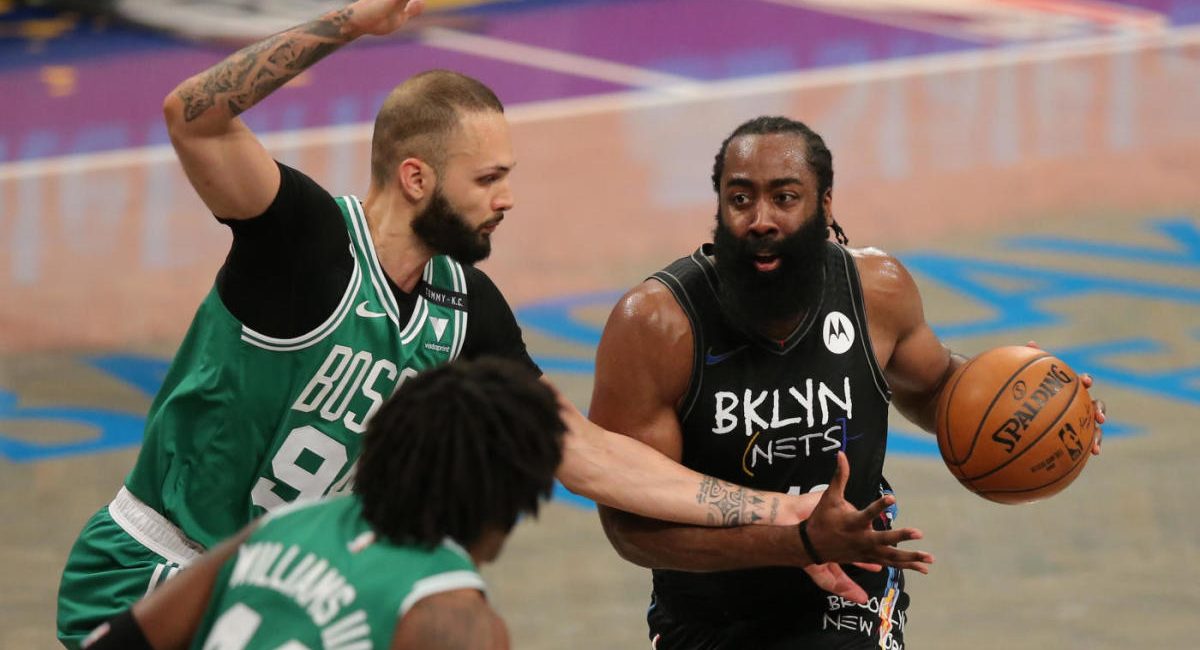 The Celtics won’t be able to handle the Nets tonight, plus other best bets for the weekend

Hello and Happy Friday, everybody. We’ve got an amazing weekend of sports coming our way. Not only do the NBA and NHL playoffs continue — and we’ve got an NHL Game 7 tonight — but the Champions League Final is on Saturday too, as well as baseball all weekend long.

Yes, that’s right, it’s going to be another excellent weekend for sitting inside and staring at the television. Especially because, for many of you reading this, inside your home is the only place not covered with cicadas.

Speaking of those cicadas, do you think all the other cicadas hate the ones that only come out every 17 years? I mean, think about it. The 17-year cicadas aren’t the only cicadas out there. Every summer, trees are filled with the buzzing of other breeds, yet you go about your life not caring about them. Then these lazy cicadas who only show up every 17 years come around, and they get all the media coverage.

When will the mainstream media recognize the blue-collar, everyday cicada who just shows up, punches the clock and puts in a shift? The world might not see you, regular cicadas, but Tom does.

Anyway, here’s some of today’s reading before we get to the weekend’s picks.

Now let’s dive into the weekend.

Nets at Celtics, 8:30 p.m. | TV: ABC
The Pick: Nets -8.5 (-110): This game doesn’t feel a lot different than last night’s game between Milwaukee and Miami. As I said yesterday, that series felt over already, and that’s how it looked when Milwaukee cruised to a 113-84 win. This series feels the same. I don’t know if there’s a team in the NBA that can handle the Nets when they’re fully functional and healthy, but I certainly don’t think the Celtics can do it without Jaylen Brown.

I don’t even think the Nets have played all that well in the first two games, and they haven’t had any problems. In the first game, they shot 23.5% from three and still won by 11. In Game Two, things improved considerably, and they won by 22. It’s generally at this point of a series when a team returns home down 2-0, and it throws its best counter-punch. One last gasp to get back into the series.

But what’s Boston’s counter? What can it do that it hasn’t already tried? Maybe we’ll see what it is tonight, but I think we’re more likely to see another easy Brooklyn win.

Key Trend: The Nets have covered five straight against Boston and 14 of their last 17 as a favorite.

Here’s what SportsLine is saying about the game: The Advanced Computer Model prefers a money line play to either the spread or total in tonight’s game.

So one of those trends has to fail tonight, but which one will?

I’m leaning in the Knicks’ direction because, most importantly, I think this number is a little too big, as I’d have Atlanta favored between 3.5 or 4 points. Another reason is State Farm Arena doesn’t have the same kind of atmosphere as a packed Madison Square Garden, so I’m not sure what kind of impact it’ll even have on the Knicks. I also wonder if Trae Young isn’t better off in New York! He’s not only a great player, but he’s a natural entertainer, and I think he feeds off negative energy from the crowd.

I’m not sure he’ll get that same kind of jolt from the home crowd, and I think little things like that have an impact in the playoffs, so I’m taking the Knicks to keep this close at a minimum. I don’t hate the Knicks money line, either.

Yankees at Tigers, 7:10 p.m. | TV: MLB.TV
The Pick: Yankees -2.5 (+115) — We’re taking an alternate spread here because I just don’t know how the Tigers will score against Gerrit Cole. Cole has a strikeout rate of 38.5% on the season, and unlike a lot of high-strikeout rate pitchers, the contact he allows is muted as well. Furthermore, while Detroit’s offense is better against righties this season than lefties (where it’s historically bad so far), it still strikes out frequently. The team has a strikeout rate of 27.53% against righties, which is the second-worst mark in MLB behind only the Giants.

And while these facts might make taking the Tigers team total under, or the over on Cole’s strikeouts — both of which I’m good with — I find far more value on the Yankees winning by three runs or more.

Key Trend: 17 of Detroit’s 31 losses this season have come by at least three runs.

Manchester City vs. Chelsea, Saturday, 3 p.m | TV: CBS/Paramount+
The Pick: Manchester City (-114) — It’s not the most exciting pick nor the most original, but it’s the right pick. This will be the third time these clubs have met since early April, but while Chelsea won both of those matches, I’m not sure how much — if anything — we should take away from them.

In the FA Cup semifinal, a 1-0 Chelsea victory, both teams started their backup goalkeepers, but most of Chelsea’s starting lineup was filled with regular starters. The same cannot be said of City. A few weeks ago, during the 2-1 Chelsea win at Man City, Chelsea still wasn’t assured of a top-four finish. City had the Premier League wrapped up. Chelsea treated the match like one it had to win. Pep Guardiola treated it like a match his team had to play.

For the final, we’re going to see Man City at full power, with nothing else to worry about. When at total capacity, there isn’t a better team in the world, and that’s been the case all season long. I’ve pegged Man City to win this tournament from the jump, and nothing that’s happened over the last few months has changed my mind.

The Pick: Total Match Cards: 4-6 (+105) — Are you ready for some truly degenerate action? The official for this match is Antonio Mateu Lahoz. Most of his work is done in Spain’s La Liga, but he has officiated five Champions League matches this season. He’s handed out an average of five yellow cards per match with no reds. In his 18 La Liga matches, Lahoz has given out an average of 4.61 yellows and 0.17 reds (4.78 total cards) per match. If we look at his performance over 26 matches this season in all competitions, Lahoz has averaged a total of 4.77 cards shown per match.

For context, the average Premier League match — where City and Chelsea call home — features 3.01 cards per match. English officials are known for being more lenient and allowing a more physical style of play than other leagues. Given the familiarity between these teams and players, I expect things to be physical, and Lahoz is not shy about handing out cards when things get physical.

Key Trend: Lahoz has handed out an average of 4.77 cards per match this season.

🔒 SportsLine Pick of the Day: Both the Advanced Computer Model and SportsLine expert John Bollman love a money line play in Friday night’s game between the Minnesota Twins and Kansas City Royals.