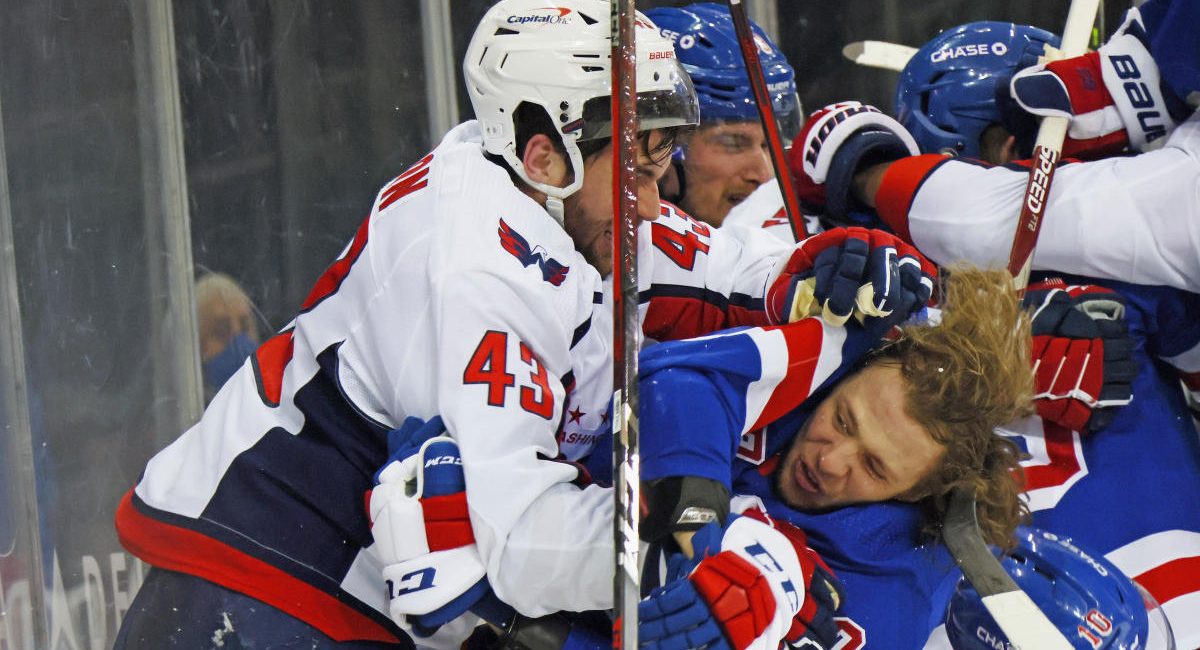 
During the second period of Monday’s game between the Rangers and Capitals, a scrum took place in front of the Capitals net and Capitals forward Tom Wilson ended up getting into it with Rangers star forward Artemi Panarin and Pavel Buchnevich. The situation got worse than your average scrum as Panarin fell to the ice and Wilson began repeatedly punching him.

Wilson was given a double-minor penalty for roughing along with a 10-minute misconduct for his actions, while Panarin ended up leaving the game due to a lower body injury and didn’t return.

On Tuesday, Wilson was fined $5,000, which is the maximum fine allowable under the Collective Bargaining Agreement. The NHL specified that the fine is for Wilson punching a defenseless Buchnevich — not for throwing Panarin to the ice.

“We all saw it. There are lines that can’t be crossed in this game,” Quinn said. “There’s just zero respect for the game in general. You got one of the star players in this league now that could have gotten seriously, seriously hurt in that incident. You all saw what happened, and it happens time and time again with him. Totally unnecessary.”

Quinn wasn’t the only person on New York’s side that had choice words for Wilson:

Eventually, the team released a statement on the incident saying that the team was “extremely disappointed” Wilson was not punished further for his actions.

The brawl initially started when Buchnevich had a scoring chance in front of Capital goalie Vitek Vanecek. Buchnevich ended up falling to the ice following play being whistled and Wilson delivered a punch to the back of Buchnevich’s head while he was down.

Rangers forward Ryan Strome was able to pull Wilson off of Buchnevich, and then Panarin got involved and jumped on Wilson’s back in an effort to defend his teammates. Wilson pulled Panarin down to the ice and began punching Panarin when he tried to get up.

Panarin ended up receiving a two-minute penalty for roughing. Meanwhile, Wilson was able to return and scored a goal in the third period for Washington.

Quinn did reveal after the game that Panarin was “okay,” but losing a player of his caliber was a “big blow” for the Rangers.

This isn’t Wilson’s first bout with controversy when it comes to his behavior on the ice, as Quinn noted. The Capitals forward has been suspended for a grand total of 36 games during his NHL career. The most egregious occurred back in 2018 when he was suspended for 20 games for an illegal check to the head of Blue forward Oskar Sundqvist in a preseason contest. Wilson was also suspended seven games in March for boarding Boston Bruins defenseman Brandon Carlo.