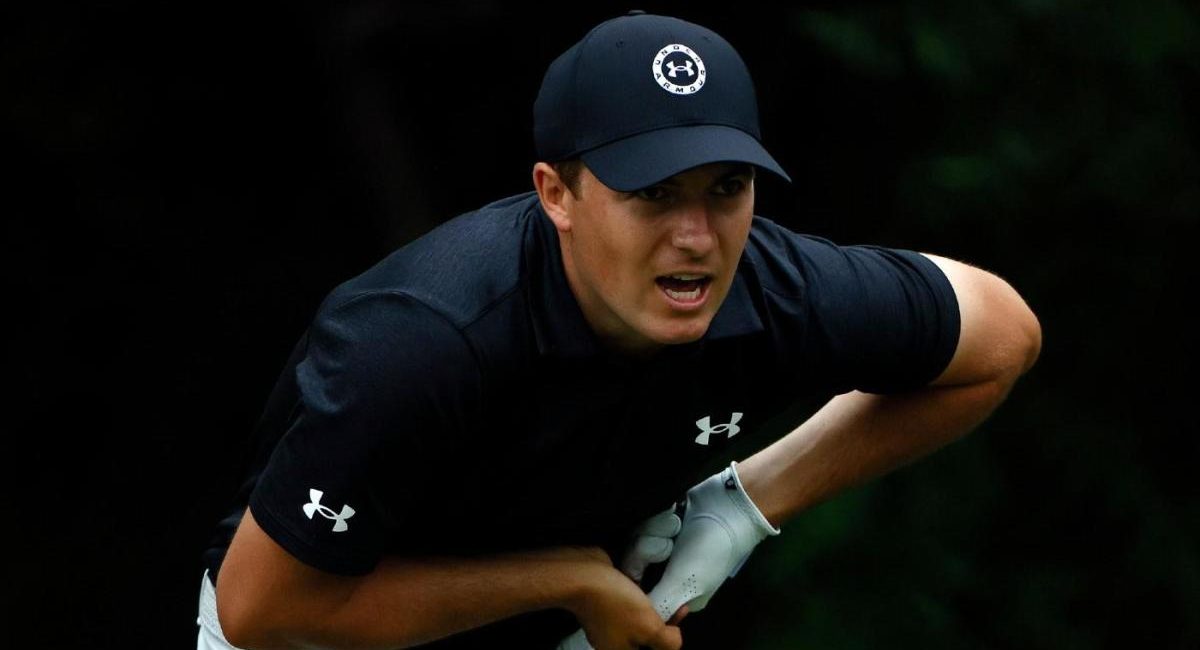 FORT WORTH, Texas (AP) — Jordan Spieth has started playing well again just about everywhere he goes. He has always felt comfortable close to home at Colonial, where he is in the lead.

PGA champion Phil Mickelson was headed home to California after he bogeyed two of his last three holes, missing the cut at the Charles Schwab Classic by one stroke.

Spieth was bogey-free again Friday, with a 4-under 66 to take the lead after the second round at 11-under 129 at Hogan’s Alley. The Dallas native was one shot ahead of Jason Kokrak, who had his second consecutive round of 65.

“I’m in a good spot at a familiar place,” Spieth said.

Mickelson, who turns 51 on June 16, became the oldest winner of a golf major at the PGA Championship last weekend. But Lefty finished 2 over at Colonial after his second-round 69, which included three birdies in a four-hole stretch to end his front nine.

But Mickelson’s 7-foot par chance at the par-3 16th rolled over the left edge and did a half-circle around the cup without going in. With the sun shining through the clouds, his have-to-make 10-footer on No. 18 slid just left of the hole.

Mickelson left the course almost immediately after that, telling a PGA Tour official on his way out that he enjoyed his time at the tournament. The two-time Colonial champion said he hated that he wouldn’t be around for the weekend.

Sergio Garcia (69), the first-round co-leader with Spieth whose first PGA Tour win came at Colonial 20 years ago, was tied for third at 8 under with Sebastian Munoz and Patton Kizzire, who both shot 65 Friday. Munoz had six birdies on the back nine, including the final three holes after a double bogey at No. 15.

Kokrak, Garcia and Munoz were in the morning wave of players who all finished before a weather delay of 2 hours and 26 minutes during the afternoon.

A steady drizzle started about the same time Spieth, Mickelson and defending champion Daniel Berger teed off at No. 1 to start their second round together. Mickelson had a bogey on the opening par-5.

The rain had pretty much stopped before play was suspended because of lightning nearby from a weather system producing heavy storms south of the course. At that point, Mickelson was in a greenside bunker at No. 3, with Spieth 23 feet from the cup on the same hole.

Rick Gehman and Greg DuCharme recap Friday’s second-round action at Colonial. Follow and listen to The First Cut on Apple Podcasts and Spotify.

Mickelson’s first shot when play resumed nearly 2 1/2 hours later was a blast to set up a par-saving 7-foot putt. Spieth rolled in his second consecutive birdie.

“I came out of the rain delay and I made a nice putt on 3, and really felt like I had a chance to birdie almost every hole on that front nine and even into the back nine,” Spieth said. “But I didn’t swing it as well. I wasn’t really completing it and it wasn’t feeling great. I knew I was going to kind of have to manage my way around the golf course a little bit, and fortunately did a really great job of that.”

Spieth is playing in his 11th tournament since missing the cut at the Farmers Insurance Open at the end of January. His seven top-10 finishes since then match his total in 40 events the previous two seasons combined. He won the Valero Texas Open, his first victory since the 2017 British Open. He won in 2016 at Colonial, where he has two runner-up finishes and three others in the top 10.

Kokrak still hits the ball a long way, and now has a long putter when on the greens. The 35th-ranked player in the world, who is 6-foot-4 and has made the FedEx Cup playoff the past eight seasons, switched to a putter with a 36-inch shaft this season..

“I was 190th in putting but I was a top five ball-striker, so I concentrated more on the putter as of late, and you know, it’s been hot,” he said. “But you know, I still want to concentrate on the ball-striking. I’ve been struggling with the driver, so I think finding a driver this week that I’m comfortable with, it’s gone a long way.”

His best back-to-back rounds this year, with six birdies and a bogey in each round, are on the Colonial course where he had his best finish last season. He tied for third last June in the Charles Schwab Challenge that marked the PGA Tour’s resumption of competition after a 12-week pause because of the COVID-19 pandemic.

Since then, the 36-year-old Kokrak got his first career victory in the CJ Cup at Shadow Creek in Las Vegas in October.

The low round of the day was a season-best 62 by Charlie Hoffman, who overcame an early bogey at No. 3, when his approach missed the green after a drive into the rough. He had four consecutive birdies, at Nos. 14-17, before a par-saver with a chip to 2 feet at No. 18.