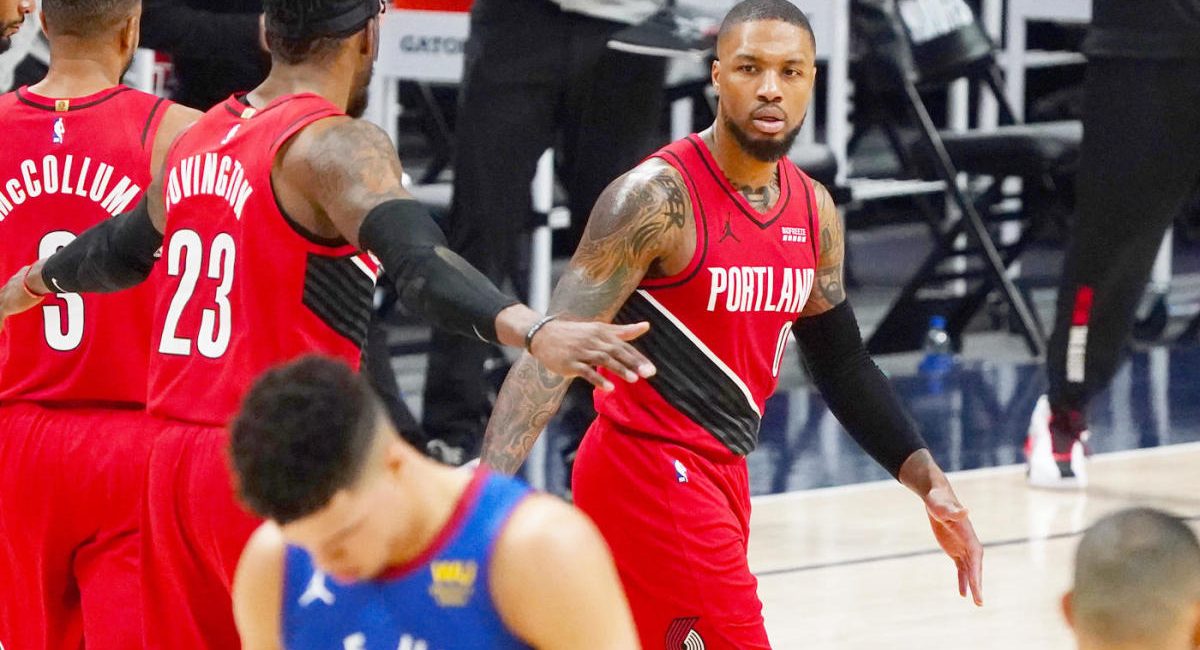 Why to continue betting on the Bucks, Damian Lillard, other top picks for Thursday

We couldn’t even have a week, could we? The NBA Playoffs began over the weekend and were finally being played in packed arenas. It was truly incredible how much more interesting NBA playoff games were with the Greek chorus of thousands surrounding the court. I mean, I was watching Knicks playoff games full of happy Knicks fans at Madison Square Garden and enjoying it.

But then fans reminded us all of the dumb crap they sometimes do. In Philadelphia, one fan dumped a bucked of popcorn on Russell Westbrook, and that fan has now lost their season ticket and has been banned from the Wells Fargo Center. Meanwhile, at Madison Square Garden, one of those happy Knicks fans spit on Atlanta’s Trae Young! An offense far worse than dumping popcorn on somebody’s head! That fan has also been banned from MSG in the future.

And they should be. I know that we’re all excited to be back in arenas and watching games, but we have to remember how to behave. Yell at the top of your lungs about how badly you think a player or official sucks. Tell Trae Young he’s balding. Do all that stuff, but don’t act like a moron.

Or, if you’re a Knicks fan, be as smart as somebody who chooses to root for the Knicks can reasonably be. I’m not asking you to clear a high bar here. It’s easy to remember, Knicks fans: drool on yourselves, not others.

All right, now let’s get to tonight’s picks and win so much money that we’re thrown out of every sportsbook in town.

Bucks at Heat, 7:30 p.m. | TV: TNT
The Pick: Bucks -1.5 (-110): Listen, I’ve looked foolish plenty of times in my life, and maybe this will be the next time, but doesn’t this series just feel over already? It felt like Milwaukee played its worst possible game to open the series, but it still won the game in overtime. Then Game Two came around, Milwaukee didn’t play terribly, and the Bucks cruised to a 34-point win.

Now, I don’t think Milwaukee will win by 30+ again, but I just don’t see the path to victory for the Heat here. The Bucks have done an excellent job limiting Bam Adebayo‘s impact, and Jimmy Butler is 8-for-32 from the floor. Essentially, the Bucks are taking away Miami’s biggest threats and daring the rest of the roster to beat them.

That becomes a lot easier for the Heat to do at home (role players play better at home), but I still don’t think that’s enough. Miami might make a series out of this, but I think the Bucks cruise more often than not.

Here’s what SportsLine is saying about the game: The Advanced Computer Model isn’t in love with anything in this game, but if it is going to make a play, it’s going to be on the total.

Nuggets at Blazers, 10:30 p.m. | TV: NBA TV
The Pick: Damian Lillard Over 40.5 Points & Assists (-125) — We aren’t changing things up. Betting on Dame Time has won in the first two games of the series, and we’re riding Lillard until he throws us off. And when he does, we’ll probably get right back on his shoulders.

Denver’s backcourt has no answers for Lillard right now. Lillard’s averaging 38 points and 11.5 assists per game so far. He’s getting to the free-throw line at will, and he’s hitting half his threes. Now, I don’t expect the shooting to continue at the torrid pace, but it doesn’t have to. I think the only way he doesn’t go over this number tonight is if it’s a blowout and he’s not playing much in the fourth quarter.

Key Trend: Lillard is averaging 38 points and 11.5 assists through the first two games of the series.

Orioles at White Sox, 8:10 p.m. | TV: ESPN+
The Pick: White Sox -1.5 (-120) — The White Sox mash lefties. It’s a phenomenon that began last season and has continued this year despite the fact the team is missing two of its biggest lefty-killers in Eloy Jimenez and Luis Robert. The White Sox lead MLB in wOBA against lefties and wRC+, but just saying their first doesn’t give you enough context.

Oh, and as a team, they’re 10-3 against lefty starters this season, winning by an average of 6.6 runs per game.

Key Trend: The White Sox’s 10 wins against lefty starters this season have come by an average of 6.6 runs per game.

🔒 SportsLine Pick of the Day: The Advanced Computer Model likes the White Sox -1.5 tonight too, but it’s the total where it finds the most value. SportsLine expert John Bollman agrees.

We’re sticking with the White Sox in our dinger stack tonight.