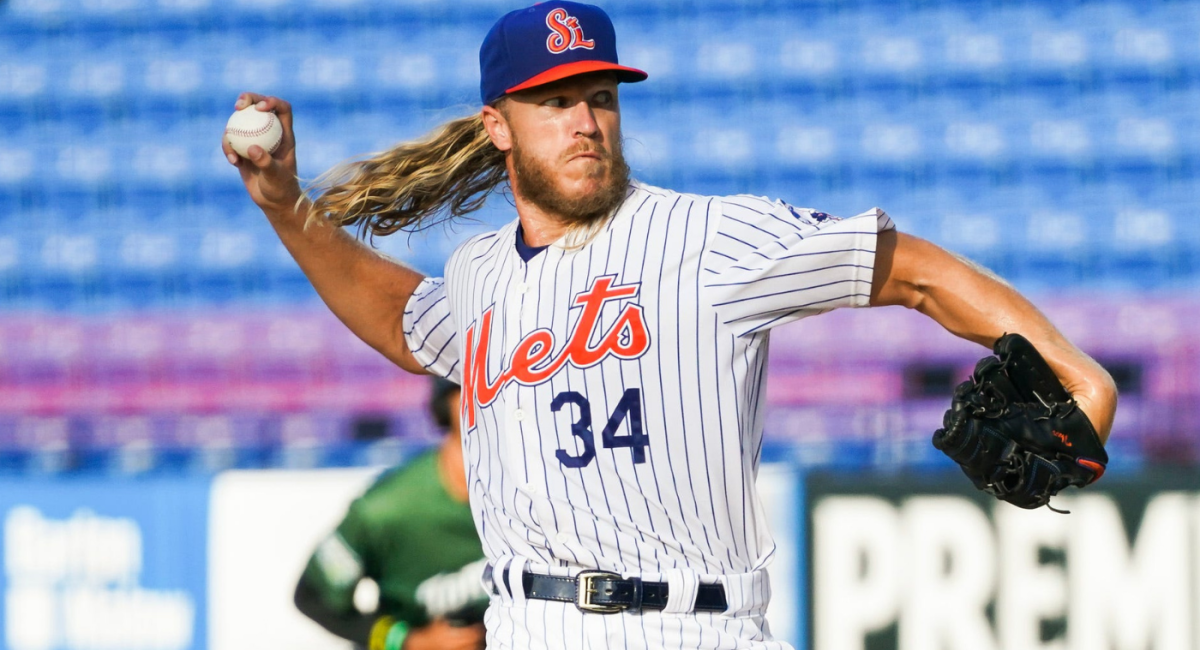 Syndergaard exited his rehab start this past Tuesday earlier than planned because of right elbow soreness. He had been scheduled to throw four innings for the St. Lucie Mets, New York’s Class-A affiliate, but instead departed after tossing a single frame. He threw 16 pitches in the inning. Syndergaard threw four innings and 65 pitches in his first rehab start last Wednesday.

Syndergaard, 28, is in the late stages of recovering from Tommy John surgery. These days, the typical Tommy John surgery rehab timetable is 14-18 months, though the Mets have been fairly aggressive with Syndergaard. Consider some other pitchers who had their elbows rebuilt around the same as Syndergaard:

Syndergaard had his Tommy John surgery on March 26, 2020, so a month after Severino and four days before Sale. He was well ahead in his rehab compared to those two. Of course, Severino and Sale are signed to long-term contracts whereas Syndergaard will be a free agent after the season. I’m sure he hoped to return quickly to showcase himself before hitting the open market.

Being shut down for six weeks means Syndergaard won’t resume throwing until just before the All-Star break. Figure he’ll need 4-6 weeks to get built back up once he resumes throwing, so it’s entirely possible Syndergaard won’t return until September. In that case, it might be best to bring him back as a reliever in August rather than spent all that time getting him stretched out to start.

“We pray that he can pitch for us this year,” Rojas told reporters, including Deesha Thosar of the New York Daily News.

Given how little time he will spend on a major league mound this year, Syndergaard may be looking at a one-year “prove yourself” contract in free agency similar to Corey Kluber and James Paxton this year. If the Mets make Syndergaard the qualifying offer (one-year deal at $18 million or so), he would seem to be a good candidate to accept it and try to rebuild value in 2022.

Syndergaard has made 119 career big-league appearances, accumulating a 3.31 ERA (119 ERA+) and a 4.67 strikeout-to-walk ratio. He made the 2016 All-Star Game and received Cy Young and Most Valuable Player Award consideration that season, during which he amassed a 2.60 ERA over 183 innings.

It’s worth noting that Syndergaard’s setback came on the same night Jacob deGrom returned to the Mets’ rotation. New York currently has a majors-leading 17 players on the injured list, including four starting pitchers, three-fourths of its starting infield, and six outfielders.