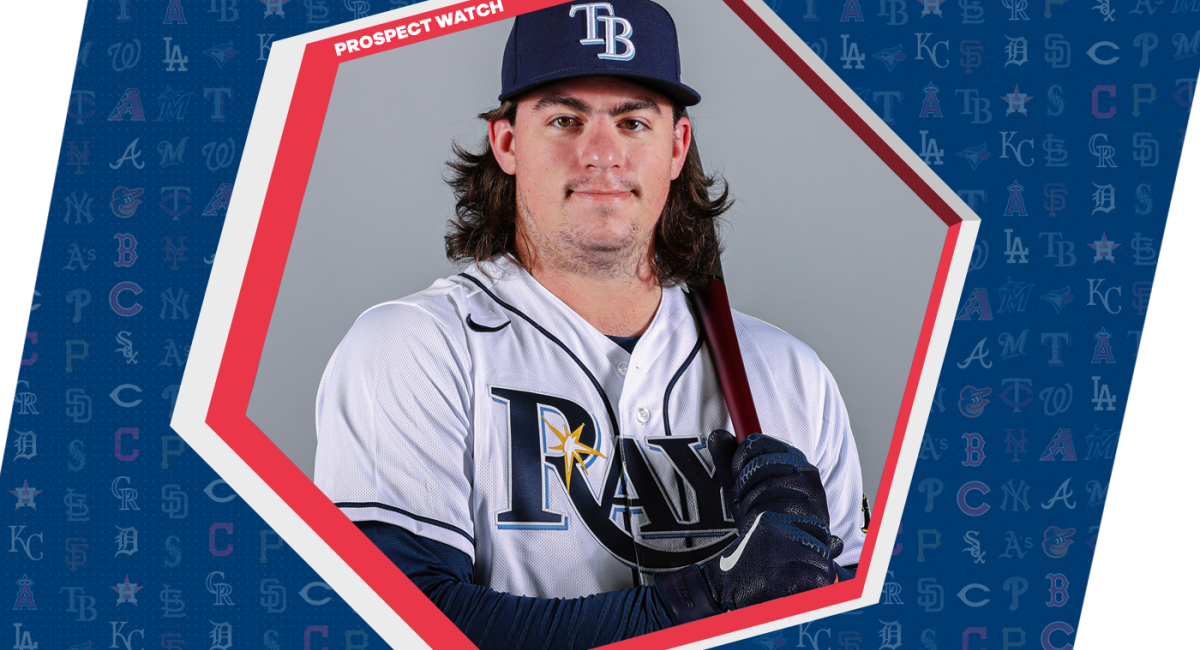 MLB Prospect Watch: Six who could follow in Shohei Ohtani’s footsteps as baseball’s next two-way player

The most fascinating player in Major League Baseball these days is Shohei Ohtani, the Los Angeles Angels‘ two-way phenom who seldom goes a series without doing something spectacular, either at the plate or on the mound. He is, at least in terms of sheer versatility (and certainly not in terms of statistical accumulation), the rare player who can be mentioned in the same breath as Babe Ruth without it being laughable.

Ohtani is also the rare player who serves as an inspiration; not in the human interest sense, but in the sense that he’s redefining the viability of playing both ways. He’s providing a blueprint for how teams can deploy future two-way players while simultaneously ensuring that there are future two-way players to deploy in the first place.

Just as having a picture of a delicious cake doesn’t ensure yours will be properly baked, pinning Ohtani’s Baseball Reference page on a vision board doesn’t guarantee anyone will reach his same heights. The Angels have intimate knowledge of Ohtani’s training regimen, yet their efforts to develop more two-way players have failed. (Jared Walsh has since emerged as a good player, albeit of the one-way variety.) The odds are that nobody is going to match or top Ohtani anytime soon, but that isn’t going to prevent teams from trying.

Below, we’ve highlighted six players — three in the minors, three in the upcoming draft class — who could someday reach the majors as two-way players.

By virtue of being the fourth pick in the 2017 draft, McKay is the best-known two-way player this side of Ohtani. Unfortunately, he’s encountered steady turbulence since making 13 big-league appearances in 2019 (he posted a 5.14 ERA despite solid underlying measures). McKay tested positive for COVID-19 last summer, then had his season wiped out by a shoulder operation. He’s been limited to hitting so far this year, and the early results (.091/.200/.091 in his first 25 plate appearances) are a reminder of why scouts prefer him on the mound, where he was projected as a mid-rotation starter. It’s to be seen if McKay’s stuff and command return in whole as he continues to rehab; the Rays have been open to moving him in the past, and they might not have a choice if he continues to trend in the wrong direction.

When the Cardinals popped Winn in the second round last June, they vowed to give him a crack at playing both ways. He hasn’t yet thrown a single pitch, and that might be a good thing given that he’s hitting just .141/.291/.203 with a 29 percent strikeout rate in his first 79 plate appearances. He does have the second-highest max exit velocity on the team (behind first-rounder Jordan Walker), but his average exit velocity is one of the lowest in the lineup. If we can break kayfabe for a minute: none of the above matters. Winn is in his first full month as a professional ballplayer. He won’t celebrate his 20th birthday until next March. Add in his impressive innate qualities — he has near-elite bat speed and a promising fastball-breaking ball combination — and it’s worth ignoring the present in favor of the long view.

Dodson, one of Tampa Bay’s second-round picks in 2018, holds more promise on the mound than at the plate. He has a pair of potentially above-average offerings (his fastball and slider), and he’s walked just three batters per nine so far as a professional. Dodson’s offensive skill set is more limited; his best traits are his plus speed and his feel for putting the ball in play. Most teams would fast-track Dodson to the Show as a full-time reliever; the Rays tend to value versatility, and there’s just enough here for him to serve as a situational two-way player who pinch-runs, subs in on defense, and even takes at-bats when contact is paramount.

Chandler, a two-sport star with a commitment to play quarterback at Clemson, might come off the board in the top half of the first round. He’s regarded as a superior pitching prospect, with an above-average fastball and plenty of projection. Whichever team drafts Chandler will likely be content to have him take the mound on a full-time basis. Still, he has enough leverage that if he wants to try the two-way thing out he can probably get his wish in exchange for signing.

Schwellenbach has had an outstanding season both ways. He’s hit .295/.421/.500 with six home runs and eight stolen bases as a batter, and he’s recorded an 0.75 ERA and 28 strikeouts in 24 innings pitched. He’s all but certain to come off the board within the top three rounds.

Williams is committed to California, the same school that Dodson attended. He’s more highly regarded as a hitter thanks to his raw pop, and it’s probable that he ends up as a one-way player when all is said and done. He has the arm strength for the left side of the infield, obviously, but he’ll likely have to move off the shortstop position before he reaches the Show.