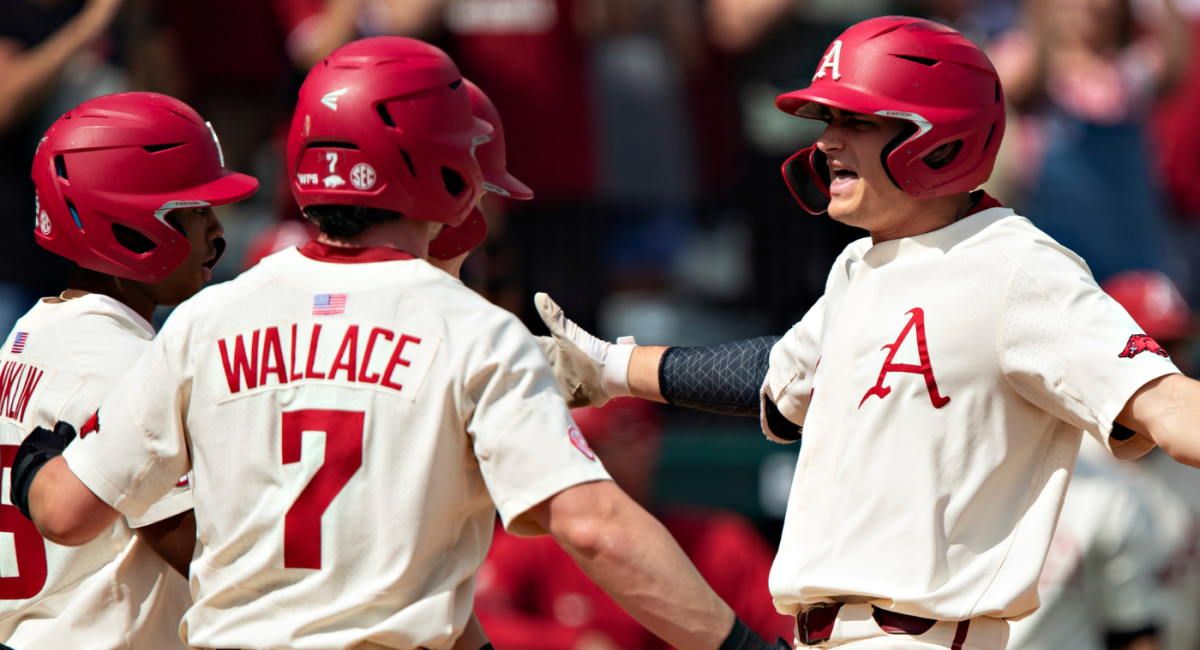 College baseball: Eight things to know about 2021 season ahead of NCAA Tournament

While Major League Baseball right about now is quite understandably dominating the consciousness of the sport, let’s take this fitting juncture to make some time for the college ranks.

The juncture is fitting because the Division I regular season will soon be behind us. Conference tournaments are ongoing at this writing, and on Monday we’ll know what the NCAA Tournament will look like. So even if you do not number among the college baseball enthusiasts of this world, you’ll probably want to keep a spare eyeball on the next month-plus of action. And in the event that you haven’t been paying all that much attention to the collegians, we’re here to get you up to speed on what you need to know about the 2021 season.

On Monday, May 31 — Memorial Day — the 64-team NCAA Division I tournament field will be announced starting at noon ET. Those 64 teams usually break down into 31 conference champions that receive automatic bids and 33 at-large berths chosen by the NCAA Division I Baseball Committee. This year, however, just 30 conference champions will receive bids, as the Ivy League opted not to play the 2021 season because of the COVID-19 pandemic.

In most instances, those automatic bids will go to the winners of the conference tournaments. However, some conferences aren’t playing tournaments this season on account of COVID. As such, we already know a handful of automatic qualifiers — Arizona in the Pac-12, Nebraska in the Big Ten, Norfolk State in the MEAC, and Southern in the SWAC. The tournament gets underway on June 4.

2. Arkansas has been the best team

Most weeks this season, Arkansas has been the consensus top-ranked team, and that’s with good cause. Right now, Dave Van Horn’s squad is 44-10 and 23-8 in the juggernaut SEC (more on that mighty circuit below). Those tallies also include a win over No. 3 Vanderbilt in a highly anticipated SEC Tournament match-up on Thursday. High-level mathematics will tell you that the Razorbacks are also 21-2 in out-of-conference games. They’re also just the second team in SEC history, joining Vanderbilt in 2010, to win all 10 regular season conference series. Need more? All right: The Hogs are 17-4 against teams from quadrant one in the RPI (i.e., teams ranked 1-25 in the RPI). Along the way, they’ve out-scored opposition by a margin of 412-222.

3. The SEC has been the best conference

As is typically the case, the SEC lords over all it surveys in college baseball. In the latest rankings over at D1Baseball.com, SEC teams occupy three of the top four spots (No. 1 Arkansas, No. 3 Vanderbilt, and No. 4 Tennessee) and have a total of six teams in the top 25. There’s a real shot they get 10 teams into the field of 64. Four teams — Georgia, LSU, Alabama — have realistic designs on a berth despite having losing conference records. Relatedly, only one SEC team, Missouri, had a losing record in out-of-conference games, and overall the conference was 262-85 (.755) in out-of-conference games this season.

4. The Big Ten has a complicated tournament outlook

The Big Ten this season was one of two conferences to play a conference-only schedule in response to the pandemic. As such, it’s going to be very difficult for the committee to assess the cases of Big Ten teams when it comes to at-large bids. As noted above, Nebraska is already in, and teams like Michigan, Maryland, Indiana, and maybe Iowa have arguments for being in the field of 64. Normally, the committee heavily weighs RPI, but in the Big Ten this year it’s not all that illuminating because no Big Ten team played any games outside the conference.

The other conference to play all games within is the Metro Atlantic, or MAAC. With the conference tournament ongoing, Fairfield at 36-2 (!) is the favorite to land the automatic berth.

5. The play of the year (so far) was made by a broadcaster

Note the impressive “framing” of the foul ball.

6. Vandy’s one-two punch is something to be behold

It’s possible that Vanderbilt will become the first team to produce the top two picks of a given MLB draft. Mock drafts will vary, but many of them have or have recently had Commodore right-handers Kumar Rocker and Jack Leiter going 1-2 in one order or the other. Each has authored a highly impressive 2021 season, in terms of both run prevention and strikeouts (a combined 262 strikeouts in 167 2/3 innings). As well, each boasts lights-out stuff, although Rocker’s fastball velocity has wavered at times. Obviously, having a front of the rotation like that makes them serious threats to win it all, and the capstone to head coach Tim Corbin’s third national title would be seeing two of the top pitchers in program history being tabbed with the top two overall picks.

On the unfortunate side of that same coin, not one but three pitchers who project as high draftees have succumbed to Tommy John surgery this season.

First came LSU right-hander Jaden Hill, whom our own R.J. Anderson ranked as the No. 9 2021 draft prospect coming into the season. Then it was Ole Miss right-hander Gunnar Hogland, ranked No. 7 by Anderson in this year’s class. Finally, Alabama sophomore lefty Connor Prielipp recently learned he’d need to undergo the procedure. He was in the mix for the No. 1 overall pick in 2022.

Ole Miss is a lock to make the tournament, and LSU and Alabama are bubble teams. In other words, these absences could be acutely felt when it matters most.

8. It’ll be a packed house in Omaha

The College World Series didn’t happen last year because of COVID, as mentioned above. That makes this year’s edition even more special than usual. Compounding the good news is that, thanks to the broadly successful vaccination effort, the College World Series in Omaha will permit full capacity at games. In April, the NCAA announced that the games would be played at 50 percent capacity, but thanks to more recent COVID trends all attendance restrictions have been lifted for the Greatest Show on Dirt.

That’s great news, especially for fans of the eight teams that eventually make it to Omaha this year.