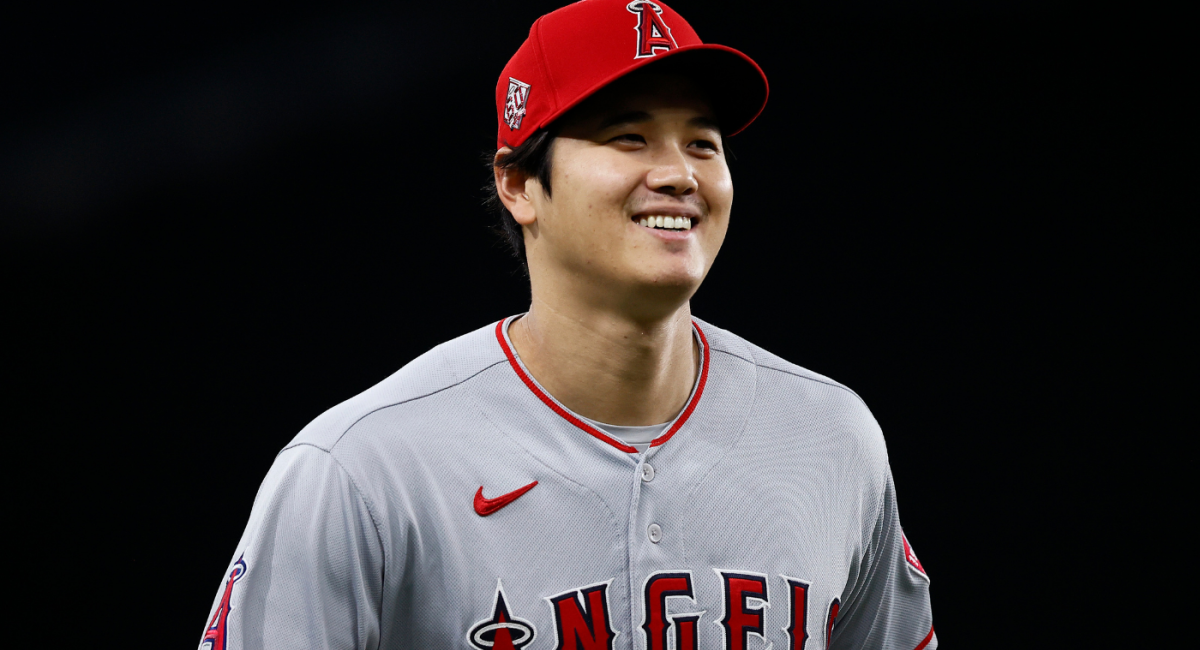 Shohei Ohtani for MVP? These six factors will determine if two-way Angels star wins the honor

Los Angeles Angels starting pitcher/DH Shohei Ohtani in 2021 has already proved to be a reliable purveyor of baseball miracles. As we move deeper into the season an Ohtani keeps on thriving in his two roles, it becomes more and more plausible that he’ll achieve his biggest miracle of all — becoming the American League MVP for 2021 on the strength of his hitting and pitching.

Ahead of what will be a pivotal trip to the mound on Thursday against the Texas Rangers — for reasons we’ll lay out below — it’s time to undertake a forward-looking examination of Ohtani’s eventual MVP case. Specifically, we ask: What would it take? From now until the end of the regular season, Ohtani needs to take care of matters on six different fronts if he’s to have a genuine shot at winning the MVP vote. Let’s now take them one by one.

1. He needs to keep crushing the ball at the plate

This space continues to wield an impressive mastery of the obvious. Ohtani is going to be a hitter more than he’s going to be a pitcher this season. At this writing, he’s registered 187 plate appearances at the plate and 129 batters faced on the mound. That trend will almost certainly hold the rest of the way, which means his performance at the plate will likely be the driver of his overall value.

More specifically, power is Ohtani’s calling card at the plate, given that he doesn’t hit for all high of an average or draw enough walks to yield a lofty OBP. On the power front, he’s slugging a robust .626, and his 15 home runs right now rank second in the AL. Ohtani doesn’t necessarily need to top the loop in homers in order to make a serious push for the MVP award, but he probably does need to remain on the leaderboard — in large measure because the homers constitute such a large chunk of his offensive value.

The good news is that Ohtani’s underlying indicators suggest he’s going to keep it up. Consider:

When it comes to quality of contact, few can compare to Ohtani the hitter in 2021, and that bodes well for his near-term future. That’s why, given health, he’s probably going to continue crushing the ball.

2. He needs to top 100 innings pitched (or thereabouts)

The historically rare feat of providing significant value as a hitter and pitcher is what will animate Ohatni’s MVP case. That means he needs to at least “survive and advance” as a member of the Angels’ rotation for the remainder of the season.

After Thursday’s trip to the bump, he’ll have made seven starts in the Angels’ first 50 games. At that pace, Ohtani will wind up making 22 or 23 starts in 2021, and based on his current average innings per start that should get him to 115 innings or so for the regular season. That’s well shy of qualifying status, but topping 100 innings on the mound would probably carry some symbolic value for certain voters.

Beyond that, Ohtani quite obviously needs to maintain the quality of those innings. Right now, he’s running a 2.37 ERA, which is more than adequate for those purposes. The problem will be maintaining that figure. Laying aside the matter of mounting fatigue (see below), Ohtani’s current ERA is built in part on a batting average on balls in play of .228 and a strand rate (i.e., the percentage of opposing baserunners he strands) of 83.8 percent. Those figures probably aren’t sustainable because they’re probably reflective of good luck.

The good news is that Ohtani misses a lot of bats, and he keeps the ball on the ground. No, he’s not likely to continue running an ERA in the low 2.00s, but FanGraphs tabs him with an expected ERA of 3.24 based on all those peripherals and some others. Ohtani can regress to that kind of level and still be a darn good starting pitcher for 20-plus starts. Voters probably want to see something like that.

3. He needs to stave off fatigue (mostly) and injury (definitely)

In some ways, this may be Ohtani’s biggest X-factor of all. What he’s doing right now is essentially unexampled across contemporary baseball history. He’s mostly a rotation regular who DHs on his days off and occasionally bats in place of the DH when he’s on the mound. That’s a crushing workload across MLB’s six-month regular season, and none of knows whether Ohtani can withstand it well enough to continue pulling double-duty through late September.

To get an idea of what kind of weight he’s in line to carry, let’s look at his year by year totals of batters faced as a pitcher plus plate appearances as a hitter since he arrived in MLB

The 2019 total includes just plate appearances, since he was recovering from Tommy John surgery and did not pitch. If he maintains his 2021 clip, then by the end of the regular season he’ll wind up with more than 1,000 plate appearances-plus-batters faced — i.e., almost double his prior heaviest two-way workload.

This brings us to recent events. In his last start on the mound, Ohtani flashed significantly reduced fastball velocity. Given that he is, as noted, a veteran of Tommy John surgery, it’s fair to worry about his arm health. However, Ohtani reportedly didn’t feel any pain or discomfort afterward, and the Angels are trotting him out eight days later for another start. All of that suggests they think it’s a fatigue issue.

While that’s obviously a better outcome than injury, it’s concerning when it comes to Ohtani’s likelihood of putting together an MVP-grade body of work this season. In that sense, his velocity in his coming starts will be telling. Are the physical demands of what he’s doing taking a measurable toll before we even get to June? That could be the determinative issue moving forward because we know what Ohtani can do in both roles when he’s not physically compromised, and that’s dominate.

4. He needs for voters to ignore the Angels’ record

The Angels are not a good team, and with Mike Trout facing a lengthy absence that doesn’t figure to change. Right now, the SportsLine Projection System gives the Halos just a 2.0 percent chance of making the postseason. Fortunately for Ohtani’s MVP hopes, voters have increasingly moved away from the tacit insistence that the MVP come from a playoff team, or even a contending team. In Trout’s last two MVP seasons, for instance, the Angels finished a combined 32 games under .500. If anything Trout’s injury means voters will be even less inclined to hold the Angels’ record against Ohtani when it comes time to put pen to ballot.

5. He must hope that no other MVP candidate takes over

The length of Trout’s absence probably removes him from serious consideration for the award, and right now it’s a jumble of candidates. Vladimir Guerrero Jr. of the Blue Jays looks like one, as does Boston’s Xander Bogaerts. The Twins‘ Byron Buxton has been one of the most valuable performers to date, but injuries have limited him to just 24 games played. Gerrit Cole of the Yankees? Sure, maybe. A darkhorse like Adolis Garcia of the Rangers? Yeah, why not.

Again, the fact that no one in the AL presently leaps out as an obvious frontrunner (more on that here) is to Ohtani’s advantage. He needs that fog to remain in place.

6. He needs to keep being the talk of baseball

Ohtani’s case will flow from the value he provides in his dual roles — value that deserves to be inflated because it’s all coming from a single roster spot. Continue assembling moments and feats like the ones ticked off above, and the supporting evidence will go stronger. Maybe, you know, something like this: