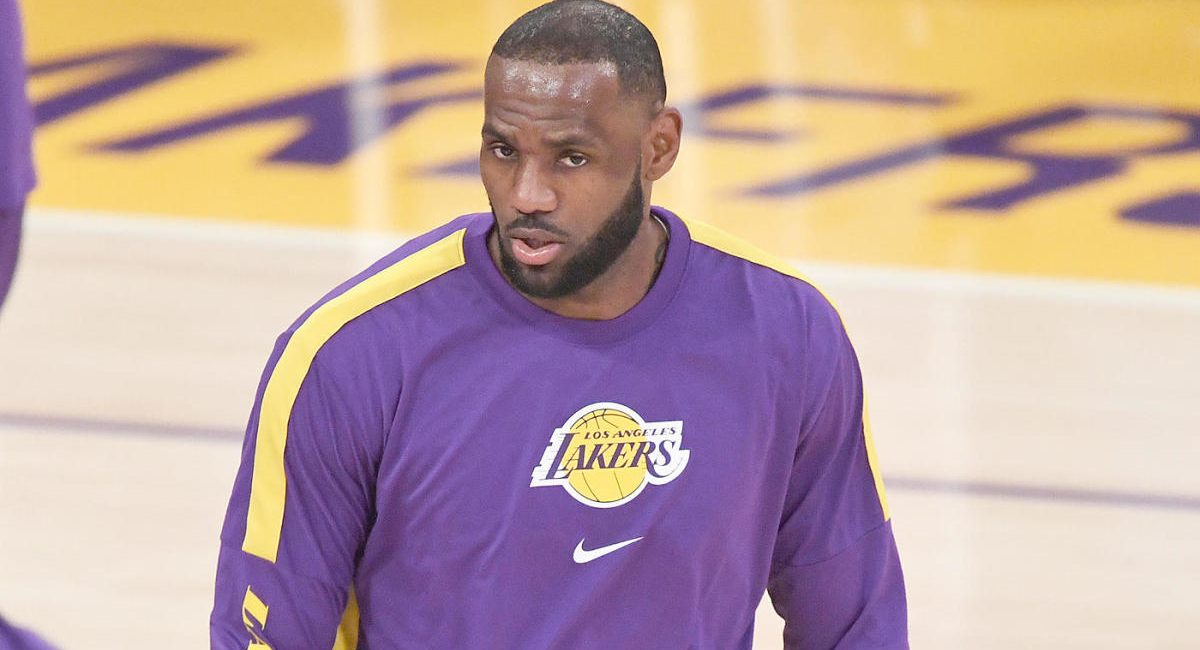 Welcome back to the NBA Star Power Index — a weekly gauge of the players who are most controlling the buzz around the league. Reminder: Inclusion on this list isn’t necessarily a good thing. It simply means that you’re capturing the NBA world’s attention. Also, this is not a ranking. The players listed are in no particular order as it pertains to the buzz they’re generating.

I’ll be curious how long this LeBron James‘ game-winning 3-pointer to beat the Golden State Warriors on Wednesday stays in the highlight loop. Will people forget about it because it was “just a play-in game” or will it live on as one of the biggest shots of his career? Either way, this was a dagger of the most cold-blooded variety:

Despite finishing with a 22-11-10 triple-double and a plus-13 for the game, the Los Angeles Lakers superstar was nowhere near his best on Wednesday. He was somewhere between lethargic and supremely patient, saving his scoring aggression for a few timely spurts.

Anthony Davis got going once Frank Vogel finally decided to stop jamming the paint with Andre Drummond. Wes Matthews gave some good minutes and hit a huge 3-pointer at the 4:46 mark of the third quarter. The Warriors were in transition looking to add to a 12-point lead when Stephen Curry coughed up the ball, and in truth a good bit of momentum, and Matthews turned around and hit that 3. That was a monster swing.

But it was LeBron who saved the day with something he’s never done before in his career, which is really saying something.

Still nursing the sprained ankle that kept him out for most of the final two months of the regular season, James clearly wasn’t 100 percent to start the game, and depending on how much stock you put in his acting chops, he was perhaps even further compromised when he hit that shot. It came on the heels of this at-rim run-in with Draymond Green, who made inadvertent contact with LeBron’s face as he committed what was ultimately ruled a common foul:

LeBron put on quite the show as he went to the ground — a lot of writhing around and holding his face. According to James, when he drained that final shot, he did so basically wearing beer goggles.

“After the finger to the eye, I was seeing three rims and shot at the middle one. By grace, I was able to knock it down,” James said. “I’ve been poked in the eye before. It is going to be sore tonight and tomorrow, but we got a big-time win.”

To be fair, LeBron’s left eye did look a little puffy in his postgame interview, and obviously he did get hit. But he hasn’t earned the benefit of the doubt in these situations. His reaction, both in the moment and in subsequent explanations, has been worse than the actual injury too many times.

LeBron’s an actor. He’s surely not alone in a league full of thespians, but he’s an actor. Between him and Anthony Davis, they spend about as much time writhing on the floor as any athletic pairing in the world. Most of the time it is a complete show. An injury does not exist. But even when LeBron is dealing with a bit of an ailment, let’s just say there are players who undersell or altogether ignore their physical obstacles, and there are players who show up to Finals press conferences in a cast to make sure the world knows just how tough you are.

So, color me skeptical that the guy was honestly seeing three baskets. If he was, whatever. He had a clean look at the middle one. Either way, the qualification is unnecessary. It was an incredible shot on its own.

With the win, the Lakers sealed the No. 7 seed, which pits them against the No. 2 Phoenix Suns in the first round. This is not a typical 2-7 matchup, obviously. The Suns, in fact, are significant underdogs as the higher seed. But this should be a heck of a series.

Curry, who sealed his second scoring title on the final day on the regular season, put up 37 points in nearly leading the Warriors to an upset over the defending champion Lakers on Wednesday, only to be upstaged inside the final minute by the aforementioned LeBron James dagger.

Curry is, very simply, the best scorer on the planet right now. But he’ll regret how loose he was with the ball on Wednesday, finishing with six turnovers. Draymond Green also had six giveaways. Do the math, and 12 turnovers (20 total for the Warriors) is way too many from your two primary playmakers when you’re trying to pull an upset.

Yes, the Warriors successfully thread a lot of passing needles. They cut and anticipate and play freely, which is all a big part of their success in even getting to this point. And Curry is constantly being swarmed by guys much bigger than him. It’s not quite as simple as just screaming at the TV “stop turning the ball over!”

And yet, sometimes it is that simple. The Warriors, and Curry in particular, have long been haunted by careless turnovers. For so long they were so good that it didn’t usually matter, but the line they are walking right now between winning and losing is razor thin. With Curry playing like he is, they can beat anyone. As long as they don’t beat themselves. Golden State will now host the Grizzlies on Friday in a win-or-go-home game for the No. 8 seed.

At just 23 years old, Tatum is pretty clearly ready to be the catalyst of a contender, which the Boston Celtics were supposed to be this season. It hasn’t gone as planned to this point, but the Celtics are safely in the playoffs after Tatum erupted for 50 points on Tuesday in a 118-100 play-in victory over the Washington Wizards. Boston, as the East’s No. 7 seed, will face the No. 2 Brooklyn Nets in the first round.

This was Tatum’s third 50-plus-point game of the season. He put 60 on the Spurs, 53 on the Timberwolves and 44 on the Warriors in a victorious duel with Stephen Curry over a three-week span in April. On Tuesday, Tatum turned the game in the third quarter, in which he scored 23 points to nearly outpace the Wizards (26) by himself.

Tatum has every shot in the bag and is already one of the most gifted scorers in the world. He has a better feel for the balance between aggression and over-isolation than he has at any point in his first three seasons. His defense is an element other great scorers like Stephen Curry, James Harden, Kyrie Irving and Damian Lillard don’t bring to the table.

Can the Celtics at least put a scare in the Nets? If they can, it won’t be all Tatum. Kemba Walker will need to play like the star the Celtics expected when they signed him. We’ve seen that player in spurts. Walker was great on Tuesday, and even without Jaylen Brown, the Celtics are still pretty talent rich. One thing is for sure: Tatum is going to do his part. He’s a bankable scorer who has a flare for the big stage.

Ja Morant gets the press, but Valanciunas has been the Grizzlies’ best player all season and he was again on Wednesday as Memphis eliminated the San Antonio Spurs in the West’s 9-10 play-in game. Valanciunas bludgeoned San Antonio to the tune of 23 points and 23 rebounds on 10 for 16 from the field.

Valanciunas is an elite rebounder, particularly on the offensive end, but he’s not great an anything else. He’s just good at pretty much everything. He drops smartly as a pick-and-roll defender with slow feet and protects the rim without great elevation. He can score in the post as a bully or with footwork. He has a soft touch in the paint.

Dillon Brooks gets the co-MVP for this game for his incredible defense and tough fourth-quarter buckets, and Morant got some smooth floaters to go in crunch time, but Valanciunas was the man on Tuesday and the Grizzlies are still alive as they head to San Francisco for a do-or-die game vs. the Warriors for the No. 8 seed on Friday.