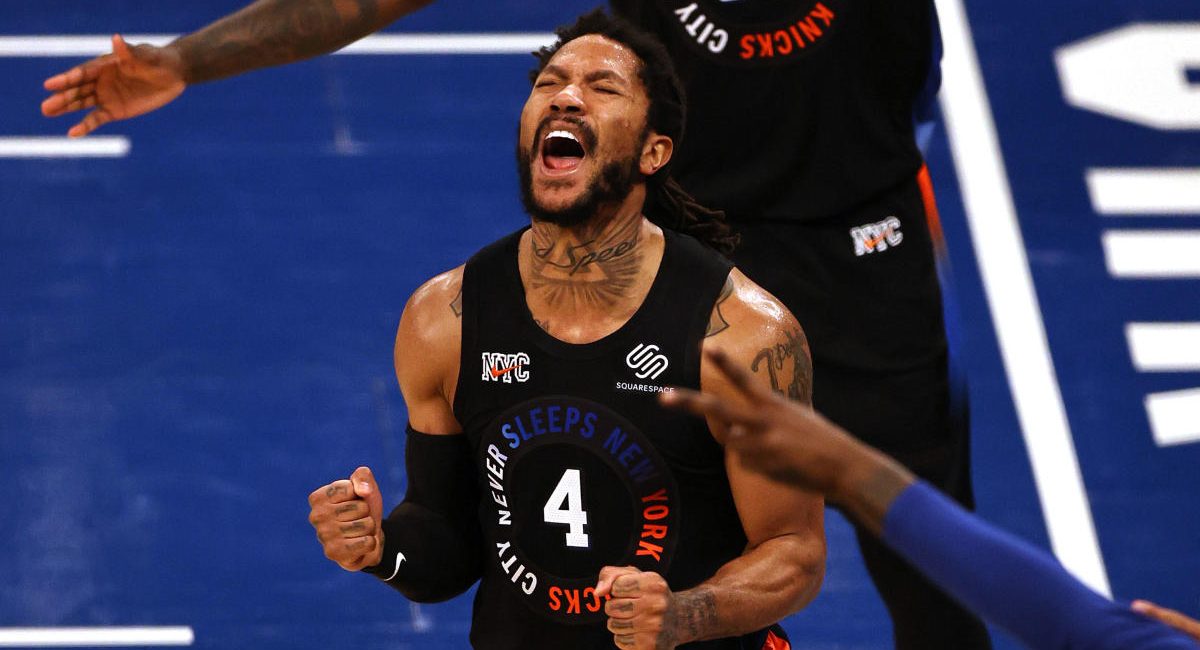 Hi everybody! It’s Gabe back with another newsletter to kick off Friday Jr. — or just “Thursday” if you work into the weekend like myself.

I’ve gotta be honest folks, it’s been a rough go of it for teams I support lately. The Caps were knocked out of the playoffs in typical Caps fashion — all while former coach Barry Trotz suddenly learned how to actually beat the Penguins — the Wizards are down 2-0 to the Sixers with star point guard Russell Westbrook hurt, Manchester United were humiliated in a European final and the Astros are still the most hated team in baseball.

So if you’ve been feeling bad about your team(s), just think about the kind of suffering I’m going through and use that schadenfreude to power you through whatever down spell you’re experiencing. Feel free to make fun of me and my fandoms on Twitter.

Without further ado, let’s get to some sports news.

📰 What you need to know

Our basketball scribe Jasmyn Wimbish wrote up some takeaways on the game itself — which included more Trae Young drama with Knicks fans — and if you’d like to read them, check out the link in the above paragraph. One I want to highlight calls into question Tom Thibodeau’s decisions as far as the starting line up is concerned. In her view, Derrick Rose — who played 38 minutes off the bench and led the Knicks with 26 points — should have a starting role.

Of course, there’s the question of whether Rose will be able to take on such a heavy workload in the upcoming playoff games between these two sides. Rose was limping towards the end of the game as he kept having to put the team on his back repeatedly to help overtake Atlanta.

Given his history of injuries, it’s not hard to get concerned over playing him too much, especially under a Thibodeau regime. The question then becomes what’s more important to the team: winning this playoff series, or the postseason health of Rose moving forward.

2. Mickey Callaway fired by Angels, banned from MLB until 2022 ⚾

Angels pitching coach Mickey Callaway has been placed on Major League Baseball’s ineligible list until the end of the 2022 season following a league investigation into sexual harassment allegations against him. This comes following a bombshell story from The Athletic’s Brittany Ghiroli and Katie Strang, who reported that Callaway sent “inappropriate photographs” to three women who work in sports media and asked for nude photos in return.

The commissioner’s office released a statement Wednesday when the decision was made public. After MLB‘s statement, the Angels announced that they had fired Callaway.

Callaway also released his own statement where he expressed his regret for his “past poor choices,” and hopes to return to baseball at the end of next season. He’s been suspended since the end of February.

This should hopefully provide an opportunity for clubs, along with baseball itself, to learn from this experience. At the time this story was published, it was described as a “worst kept secret,” which means that many people knew, and yet no consequences came about until an investigation began after — a key word there — the story about him was published. That avenues within the league were not available for women to come forward and explain what they were going through should be the next thing addressed in this saga.

As for whether Callaway should work in baseball again, that depends on your belief of whether a person can rehabilitate their faults while serving a punishment. While you decide on that, I’ll note that when The Athletic report originally came out, Callaway denied wrongdoing, which forced the league to do a full-scale investigation into his behavior.

One of the most famous tennis players in the world will be doing her own version of a Marshawn Lynch impression during the upcoming French Open. Naomi Osaka announced through social media on Wednesday that she won’t be speaking to the press, citing her own mental health as the main reason, and will be accepting any fines sent her way as a result.

There was immediate criticism about this decision on the internet. Most of it stemmed from the idea that the post match press conference is part of the job requirements for being a professional athlete and that it’s those very pressers where her fame — which allows her to have a lucrative career — grows. I don’t have to tell you that in today’s day and age, especially in a sport as individualized as tennis, that’s far from the truth as athletes can grow their own brands themselves quite easily.

The statement was standalone on Twitter, but on Instagram, Osaka added two clips in a slideshow. The first was Venus Williams getting grilled on her confidence level at age 14 in an interview, and the second was of Marshawn Lynch during his “I’m just here so I won’t get fined” presser in 2015.

In other words, she’s shown she’s done her research and is having a bit of fun with this whole situation as well. It’s objectively good for an athlete to recognize the importance of their own mental health and making an effort to preserve it, especially when they have the means to do so, which Osaka clearly does. At the same time, this kind of decision can be a double-edged sword. Yes, the athlete no longer has to worry about being grilled during emotionally difficult parts of her life and career, but there are certainly situations where answering questions from reporters can do more to control the narrative of something than not doing so.

While it’s understandably frustrating for fans of a sport to see media outlets focus on the losing side that was favored to win rather than the underdogs pulling off the ridiculous upset, I’m going to have to commit that sports writing sin because of how exactly the Europa League final was decided.

It wasn’t just that Manchester United lost to a totally beatable Villarreal side on Wednesday, it was that:

Now I want you to really think about what I just described there for a second. A goalkeeper, one that was actually considered one of the best — if not The Very Best — in the world, allowed 10 straight penalty attempts to go in without much opposition and then absolutely botched his shot on goal to lose a competition final. He also got chipped when allowing the opposition’s only goal in the game.

This is all to say it’s hard to think of a more embarrassing performance a player could put together, save for allowing an opposing side to score 10 goals in regulation. However, at least in that scenario, some blame could be placed on the defense. It would be even more frustrating if it weren’t so predictable.

De Gea, who was Spain’s No. 1 keeper for some time, has not saved a penalty attempt since 2016, meaning he’s allowed 25 straight penalties to go in. Manager Ole Gunnar Solksaer made sure to substitute as many talented penalty-takers as he could at the end of extra time before the shootout. Perhaps he should have considered swapping out his goalie as well.

📺 What to watch tonight

Best thing I saw on the internet 🏅

The Garden faithful were out in nearly full force on Wednesday during the Knicks’ playoff game against the Hawks. You could tell by the full-throated “F— Trae Young” chants, but also by the chants for Obi Toppin, that latter of which caused Toppin’s mom to cry tears of joy.