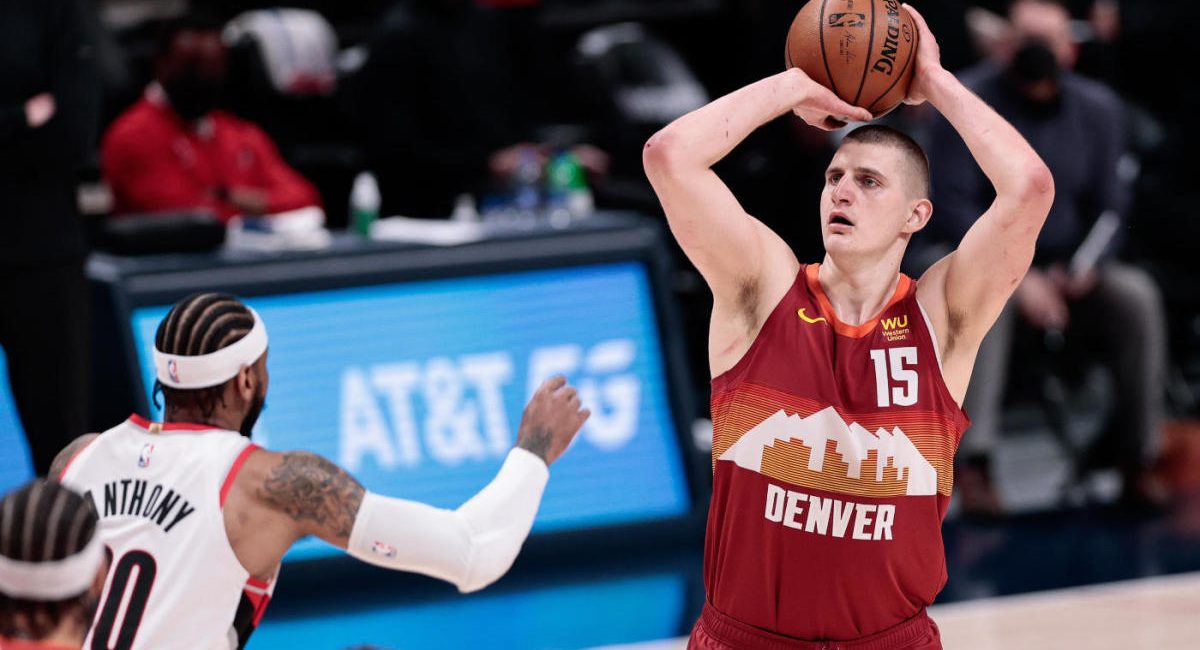 Nikola Jokic and the third-seeded Denver Nuggets go on the road Thursday night to meet the Portland Trail Blazers for Game 3 in their best-of-seven Western Conference first-round playoff series in the 2021 NBA Playoffs. The Blazers won six of seven to close out the regular season and continued their upward trajectory with a 123-109 road victory over the Nuggets in Game 1. But the Nuggets responded with a dominant wire-to-wire performance in Game 2, evening the series at 1-1 with their 128-109 victory Tuesday night behind 38 points from Jokic, the MVP front-runner.

Tip-off is set for 10:30 p.m. ET at the Moda Center. Portland is a four-point favorite and the over-under for total points scored is 227.5 in the latest Nuggets vs. Blazers odds from William Hill Sportsbook. Before making any Blazers vs. Nuggets picks, be sure to see the NBA predictions and betting advice from SportsLine’s proven computer model.

The SportsLine Projection Model simulates every NBA game 10,000 times and has returned over $9,000 in profit on its top-rated NBA picks over the past two-plus seasons. The model is up almost $800 on its top-rated picks this season and entered the first full week of the 2021 NBA Playoffs on a stunning 99-66 roll on top-rated NBA picks against the spread dating back to last season. Anybody who has followed it has seen massive returns.

Now, the model has set its sights on Trail Blazers vs. Nuggets in the NBA Playoffs 2021. You can head to SportsLine to see its picks. Here are several NBA betting lines for Nuggets vs. Trail Blazers:

Why the Blazers can cover

The Blazers have one of the most potent offensive attacks in the NBA, as evidenced by their fifth-ranked scoring offense (116.1 points per game) during the regular season. The offense was in fine shape even in the Game 2 defeat, as they shot 48 percent from the field and 16-of-33 (48.5 percent) from 3-point range.

Of course, the primary source of their offensive production came from star Damian Lillard, who scored 42 points and made nine 3-pointers while also dishing out 10 assists. Backcourt mate CJ McCollum added 21 points, but the veteran stars didn’t get much in the way of help from their valuable role players. Versatile forward Robert Covington scored just three points in 37 minutes, while sixth man Carmelo Anthony notched five points in 21 minutes.

What’s more, two years ago in the Western Conference semifinals, the Blazers won two of their three home games on their way to capturing the series in seven games. The sole home defeat came in four overtimes.

Why the Nuggets can cover

In Game 2, the Nuggets showed how dangerous they can be when their own role players step up to complement Jokic. The MVP candidate scored 38 points on 15-of-20 shooting in just 31 minutes. The fifth-year pro also notched eight rebounds and five assists.

Even without injured sharp shooter Jamal Murray (ACL) in the lineup, Jokic’s teammates have shown they are capable of giving the club a balanced attack. Four of their five starters hit double figures in Game 2 and shooting guard Austin Rivers, the lone starter to miss that milestone, scored nine.

Denver also exploited its size advantage to manage a 54-32 edge in the paint and an active defense forced 21 Portland turnovers.

How to make Nuggets vs. Blazers picks

SportsLine’s model is leaning over on the total, projecting the teams to combine for 229 points. The model also says one side of the spread hits in well over 50 percent of simulations. You can only see the pick at SportsLine.